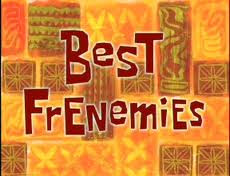 Searching around I came across with this word and the explanation of its meaning, so I thought it'd be useful to some of my readers, for it also includes quotes and sayings, which I love so much.

"False friends, sometimes also called frenemies, are people who pretend to be a friend and then turn out to be just the opposite. They are individuals who get close to you for the specific reason to make fun of you behind your back, delight in the misery you endure, and find out about your life so they can gossip about it later.

Because we generally want to see the best in people, we may give false friends several chances to prove that they are more than an enemy in disguise. However, when you discover a false friend in your life, you should distance yourself from them. Life is too short to be surrounded with people who don't really care about you. To help you remember that sentiment, here are some quotes about false friends.

"False friends are like our shadow, keeping close to us while we walk in the sunshine, but leaving us the instant we cross into the shade."

Have you ever had friends who just couldn't be there for you when things turned dark? They want to hang out with you during the good times, but the minute things get hard they leave you behind. Often these types of people will wait until they think you're "over" your hardship, and then call you up wanting to be friends again as if nothing had happened.

"To laugh often and much; to win the respect of intelligent people and the affection of children; to earn the appreciation of honest critics and to endure the 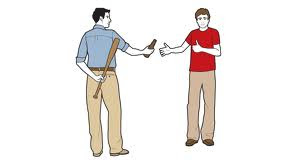 betrayal of false friends; to appreciate beauty; to find the best in others; to leave the world a bit better whether by a healthy child, a garden patch or a redeemed social condition; to know even one life has breathed easier because you have lived. This is to have succeeded."

I like this quote because it helps put the "betrayal of false friends" in perspective when it comes to the whole of your life. When you recognize a false friend, you may feel a bevy of emotions ranging from hurt to shock. You might also wonder why you didn't see the way they really were sooner.

But this quote reminds me that if you open yourself up to friends, occasionally you may be burned. It's part of life, and if it happens to you, know that you aren't alone. Emerson suggests here that dealing with a false friend is even part of being a "success" in life. In other words, put it in perspective and move on. There are too many good people in the world to waste spending energy on the ones who aren't.

This quote speaks to the fact that it is almost easier to deal with someone who you know from the start is not on your side than someone who you thought was a friend but is really not.

"Always forgive your enemies -- nothing annoys them so much."

I adore this quote because it really sums up the best way to deal with a frenemy. You can confront them if you wish, but afterward you just have to move on. This can be difficult, to be sure, because when a friend betrays you the first thing you might want to do is figure out why. But rather than drive yourself crazy trying to figure out why someone who claimed to be your friend is trying to hurt you, you'd be better off just focusing your time on the real friends in your life."

Publicat per Mònica Subirats a 9:29