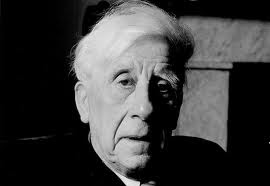 The third of Clarke’s poems, The Planter’s Daughter, can also be interpreted as having a contemporary theme. In this light, Clarke seeks a solution to the division between Unionist and Nationalist, resulted from the newly formed states of and the . He suggests that what is necessary is the Gaelicisation of the planter, so that the next generation will be acceptable to the native Irish. The is a suggestion in the reverence in which the planter’s daughter is treated, that Clarke believes that a mixture of both planter and native culture would produce a society superior to that of Clarke’s time.

The poem is a loose translation of an 18th Century ossianic lay written in the Fiannaíocht tradition in the form of the "dán díreach". The original poem was titled "Lón Doire an Chairn". Clarke's poem adapts the original to satisfy his purpose, as The Lost Heifer, there is a contemporary meaning to the poem. It is a criticism of a priest-ridden where the Catholic Church dominated the morality of Government resulting in strict censorship laws leading to the banning of works by major Irish writers such as Joyce and Clarke himself. Clarke hoped for an that would provide a climate in which art and literature could flourish unhindered and this hope is highlighted in the final lines of the poem. The poem uses the contrast between the outdoor life and the pagan religion of the Fiánna and the monastic disciplined Christianity associated with Early Christian Ireland. The contrast between the light of the sun (central power source in druidic ) and the light of God (The source of all life in Christianity) is such that the light of God is but a shadow of sunlight "and the sun is brighter than God's own shadow". The sense of confinement associated with Christianity is extended to include the chalice, "than God's own shadow in the cup". The second point of contrast in the poem deals with the sounds associated with both creeds, monastic morning prayer is described as "my throat rejoycing from the hawthorn". Clarke also reflects on the sense of alienation from nature associated with Christianity.

In stanza's two and three, the poet paints magnificent scenes of Fiannaíocht life, which shows an full of life and where man and nature are compatible.

In stanza four, the image of Christianity is of "little cells behind a Cashel, where no handbell has a glad sound". The suggestion here is that the monastic way of life is unnatural and in order for it to survive it must be protected from the outside world.

This poem was published in 1936 and is Clarke's own words "In the mode of the Jacobite songs". The lines were written in a period when our national idealism suffered eclipse. The heifer or silk of the kime is a secret name used by the Jacobite poets for . He also said "This symbol however is undoubtedly older and it may be supposed to bring us back to the original cattle myth, the cloud or rain cows typified by glas gaineach or glas gavlen". Douglas Hyde described the mode of the Jacobite poets as follows "This form introduces the poet as wandering in a wood or by the bank of a river when he is astonished to see a beautiful lady approach him. He addresses her and she answers. The charms of her voice mean and bearing are portrayed by the poet.

In this poem Clarke writes about at the time of the Civil War. He draws a comparison between the disastrous effects of the Civil War on Nationalism and the English rule under which the Jacobite poets wrote their poems. He uses the format of the aisling or dream poem to create the image of the lost heifer, symbolising an independent Irish state. The imagery and atmosphere of the poem is unmistakably Irish as Clarke paints us a picture of landscape and weather which is typical of .

In the opening line he refers to "black herds", the blackness symbolises unhappiness but also they typify the native Irish breed of cattle, they are described as herds of the rain in keeping with the ancient symbol of the rain cow. The rain is also important in that it restricts visibility and suggests that the light of freedom is furthest away. The herds "were grazing in the gap of the pure cold wind" a suggesting a change in the weather, an easing in the rain - a possibility of freedom (1916 Rising). The scene here is suggestive of herds of cattle grazing on a mountain side - a typically native image. In line 3 Clarke uses another ancient symbol for , that of the hazel bush, suggesting that the reflected light from the rain covering boughs of the hazel bush. The image serves as his ideal . In the final two lines of the stanza, there is yet another Jacobite symbol. He refers to the unattainable honey that cannot be reached by bees. It is a direct reference to the monastic settlement at Clonmacnoise - a symbol of Gaelic culture. Throughout the opening stanza Clarke is pessimistic. The he seeks is but a dream, a vision, it is unattainable.

There is a momentary note of optimism at the beginning of the second stanza. "Brightness was drenching through the branches" - the opaque film of the watery hazes has lifted to reveal Nationalist Ireland in its reality. However this was but a fleeting image, that short period between the end of British dominance and the beginning of the Civil War - "When she wandered again". In lines 9 and 10, Clarke uses the imagery of Irish bogland to portray his renewed sense of pessimism. He speaks of dark grasses and the uninhabitable nest of the sky lark represents a void which symbolises the effect of the Civil War. He pictures the heifer wandering through the bogland as turning the silver out of the dark grasses. This image involves the reflection created by the sun in the rain covered grasses, as the blades of the grass are moved by the heifer's legs. The suggestion here is that the heifer represents an ideal of Nationalism, that if allowed to flourish would encourage a greater response. The fact that the silver is there shows Nationalism is being down trodden and needs a catalyst to help it escape from the darkness of oppression. The poem concludes on a note of pessimism - "Was the mist becoming rain". The heifer has wandered further into the distance, the Civil War is becoming comparable to English rule and its detrimental effect on Nationalism.

Publicat per Mònica Subirats a 20:02