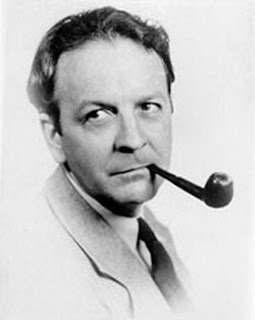 He was an American writer of crime stories and novels of immense stylistic influence upon the modern private eye story, especially in the style of the writing and the attitudes now characteristic of the genre.

His protagonist, Philip Marlowe, is synonymous with "private detective," along with Dashiell Hammett's Sam Spade.

He was born in Chicago, but moved to Britain with his Irish-born mother. He did not attend university, instead spending time in Paris and Munich.

became a reporter for the Daily Express and the Western Gazette newspapers. He was an unsuccessful journalist, published reviews, and continued writing Romantic poetry.

In 1912, he returned to the , eventually settling in Los Angeles. In 1917, when the U.S. entered World War I, he enlisted in the Canadian Expeditionary Force, saw combat in the trenches in France and was undergoing flight training in the fledgling Royal Air Force (RAF) in England at war’s end.

After the armistice, he returned to , where he kept having both personal and working troubles.

His only original screenplay was The Blue Dahlia.

Chandler collaborated on the screenplay of Alfred Hitchcock's Strangers on a Train - a story he thought implausible - based on Patricia Highsmith's novel.

His subsequent loneliness after his wife’s death worsened his natural propensity for clinical depression, he returned to drink, and the quality and quantity of his writing suffered. In 1955, he attempted suicide; ’s personal and professional life were both helped and complicated by the women to whom he was attracted.

Although his swift-moving, hardboiled style was inspired mostly by Dashiell Hammett, his sharp and lyrical similes are original:

·and leading to the coining of the adjective 'Chandleresque', which is subject and object of parody and pastiche.

is not a stereotypical tough guy, but a complex, sometimes sentimental man of few friends, who attended university, speaks some Spanish and, at times, admires Mexicans,

is a student of classical chess games and classical music.

He will refuse a prospective client’s money if he is ethically unsatisfied by the job.

’s short stories and novels are evocatively written, conveying the time, place, and ambience of Los Angeles and environs in the 1930s and 1940s. The places are real, if pseudonymous:

-and a synthesis of rich San Fernando Valley communities.

All of his novels have been cinematically adapted, notably The Big Sleep (1946), with Humphrey Bogart as Philip Marlowe; novelist William Faulkner was a co-screenplay writer.

The exceptions are the macabre The Bronze Door and English Summer, a Gothic romance set in the English countryside.

Most of the short stories published before 1940 appeared in pulp magazines like Black Mask, and so had a limited readership. was able to recycle the plot lines and characters from those stories when he turned to wri 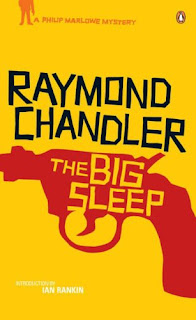 His first novel is arguably his best:

-The story is structurally and thematically unified,

and the style distinctive and sharp.

When the novel was published, was fifty years old. He had already spent five years as a full-time writer of short stories and novellas for the pulp fiction magazine market, and during this apprenticeship had mastered his technique.

Although it would be years before the novel received the critical recognition it deserved, the publication of The Big Sleep was a landmark in the history of the American hard-boiled detective novel.

In the years that followed, Chandler's style and technique would be widely admired and imitated; his work would help establish the conventions of the genre that persist (in both detective novels and movies) to this day.

Despite the complicated and sometimes confusing plot, the heart of The Big Sleep is not the solution of the murders--the whodunit--but rather the world the story depicts and the movement of Marlowe within that world.

's characters repeatedly comment on the corruption of and the modern world in general:

The novel depicts a city in which:

. pornographers and gamblers operate under the protection crooked policemen,

young women use their sexuality to ruin men,

and wealth can buy immunity from prosecution and damaging publicity.

It is a fallen world where glamorous appearances mask sordid deeds and everyone is a grifter.

This world view is further advanced through 's skillful description of setting:

He is particularly vivid with sordid locations:

to the Fulwider building's vacant offices, "one gilt elevator", and "tarnished and well-missed spitoon on a gnawed rubber mat." 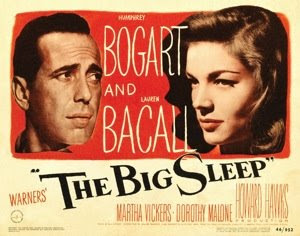 In sharp contrast to these low places is the elegant Sternwood mansion in the foothills,

Consistent throughout the novel's setting is the sense of a once-grand place now gone to seed, as in Eddie Mars's Cypress Club.

It is within this corrupt, fallen world that Marlowe must operate:

As the story unfolds, Marlowe's code of conduct is articulated and tested.

Key to this code is professional pride: honestly performing the job for which he has been hired:

1.After he saves Vivian Regan from the robbery attempt outside the Cypress Club, she offers herself to him.

2.Marlowe kisses her but refuses to go further. "Kissing you is nice," he tells her, "but your father didn't hire me to sleep with you. . . .”

3.He offers a similar explanation to Carmen Sternwood when he rejects her advances: "It's a question of professional pride. . . .”

4.This professional ethic causes Marlowe to pursue his employer's interests even against that employer's instructions--in this case, investigating the disappearance of Rusty Regan.

5.The connection between Marlowe and a knight is made on the first page of the novel, when he stands in the Sternwood hallway and looks up at a stained glass picture of a knight's attempting to rescue an imprisoned lady.

6.Throughout the novel Marlowe plays the role of knight errant to General Sternwood, questing for justice in loyal service to his lord despite sexual and financial temptation and threats of physical harm.

1.In a corrupt, fallen world, old standards of honour and loyalty no longer function.

2.Despite his recognition of this, he continues trying to act according to his code.

-In the end, Marlowe realizes that in trying to follow his code he has only helped further deception.

In a way, The Big Sleep functions as a bildungsroman:

Marlowe learns about the moral illness of the modern world and his own inability to function within it.

He begins the story with his knightly code; it is tested and it fails.

Although did not achieve immediate recognition as a literary author, The Big Sleep was a success.

's detective is not an heir to the lone cowboy of the western:

-Marlowe is an honest man fighting to salvage a few scraps of justice out of a corrupt world, but he cannot succeed.

-Ultimately, the honest individual is powerless in the face of the corrupt system. Marlowe tries to keep his integrity untarnished, but his cases take him repeatedly into situations where his code of conduct can no longer function.

As he says at the end of The Big Sleep, "I was a part of the nastiness now."


Publicat per Mònica Subirats a 19:57

I like the Daniel Hammett bit. Any relation to Dashiell Hammett, the mystery novelist? Your Chandler work is commendable. A prominent part of my recent hard-boiled private eye novel THE FOREVER GIRL ISBN # 1606939939 deals with a hotel/casino in Las Vegas named Florian's, which may stir the memory of readers of Chandler's second novel FAREWELL, MY LOVELY.

I typed it wrong. I meant Dashiell Hammett.
Thanks for your comments.
Will have a look at your work once these exams are over.