"SONGS OF INNOCENCE" by WILLIAM BLAKE 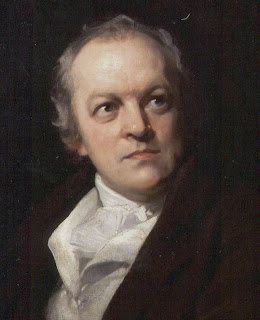 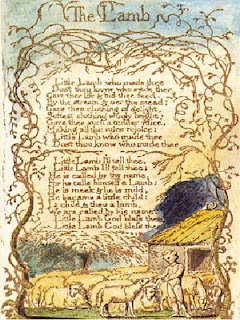 The poem begins with the question, "Little Lamb, who made thee?" The speaker, a child, asks the lamb about its origins: how it came into being, how it acquired its particular manner of feeding, its "clothing" of wool, its "tender voice." In the next stanza, the speaker attempts a riddling answer to his own question: the lamb was made by one who "calls himself a Lamb," one who resembles in his gentleness both the child and the lamb. The poem ends with the child bestowing a blessing on the lamb.

"The Lamb" has two stanzas, each containing five rhymed couplets. Repetition in the first and last couplet of each stanza makes these lines into a refrain, and helps to give the poem its song-like quality. The flowing l's and soft vowel sounds contribute to this effect, and also suggest the bleating of a lamb or the lisping character of a child's chant.

The poem is a child's song, in the form of a question and answer. The first stanza is rural and descriptive, while the second focuses on abstract spiritual matters and contains explanation and analogy. The child's question is both naive and profound. The question ("who made thee?") is a simple one, and yet the child is also tapping into the deep and timeless questions that all human beings have, about their own origins and the nature of creation. The poem's apostrophic form contributes to the effect of naiveté, since the situation of a child talking to an animal is a believable one, and not simply a literary contrivance. Yet by answering his own question, the child converts it into a rhetorical one, thus counteracting the initial spontaneous sense of the poem. The answer is presented as a puzzle or riddle, and even though it is an easy one--child's play--this also contributes to an underlying sense of ironic knowingness or artifice in the poem. The child's answer, however, reveals his confidence in his simple Christian faith and his innocent acceptance of its teachings. 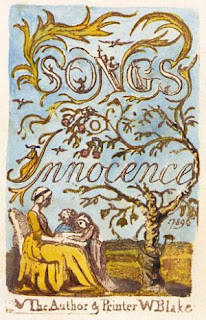 The lamb of course symbolizes Jesus. The traditional image of Jesus as a lamb underscores the Christian values of gentleness, meekness, and peace. The image of the child is also associated with Jesus: in the Gospel, Jesus displays a special solicitude for children, and the Bible's depiction of Jesus in his childhood shows him as guileless and vulnerable. These are also the characteristics from which the child-speaker approaches the ideas of nature and of God. This poem, like many of the "Songs of Innocence", accepts what Blake saw as the more positive aspects of conventional Christian belief. But it does not provide a completely adequate doctrine, because it fails to account for the presence of suffering and evil in the world. The pendant (or companion) poem to this one, found in the "Songs of Experience", is "The Tyger"; taken together, the two poems give a perspective on religion that includes the good and clear as well as the terrible and inscrutable. These poems complement each other to produce a fuller account than either offers independently. They offer a good instance of how Blake himself stands somewhere outside the perspectives of innocence and experience he projects.