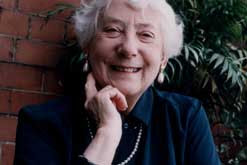 Helen Forrester's works are best known and most read in Liverpool and Merseyside. Her chef-d'oeuvre is the autobiographical tetralogy set in Liverpool during the depression and early years of World War II: Twopence to Cross the Mersey, Liverpool Miss, By the Waters of Liverpool and Lime Street at Two.

Helen Forrester came from an initially prosperous background, with a public school-educated businessman father, who became bankrupt just after the Wall Street Crash. What really toppled the family over the edge into penury was the fact that there were seven Forrester children; large families were out of fashion.

Helen's father was unable to find any work in Depression Liverpool; nor did Helen's mother fare any better; applying to become a maid, she was told that her educated accent made potential employers very uneasy.

Some readers may see a family's desperate struggle in unfortunate circumstances, while others may see the Great Depression as "a wickedness deliberately plotted by the lending houses of the United States and Europe." 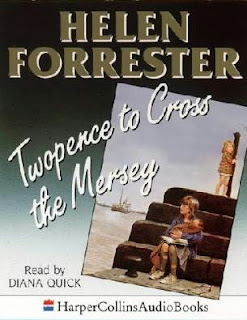 When Helen Forrester's father went bankrupt in 1930 she and her six siblings were forced from comfortable middle-class life in southern England to utmost poverty in the Depression-ridden North. Her parents more or less collapsed under the strain, father spending hours in search of non-existent work, or in the dole queue, mother on the verge of a breakdown and striving to find and keep part-time jobs. The running of the household, in slum surroundings and with little food, the care of the younger children, all fell on twelve-year-old Helen. Unable to attend school, Helen's fear that she was to be trapped forever as druge and housekeeper caused her to despair at times. But she was determined to have a chance asn struggled, despite her parents to gain an education. 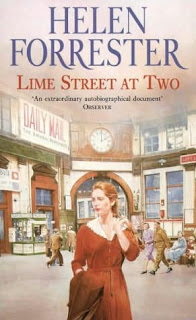 The last part of Helen Forrester's moving autobiography of her early poverty-stricken life in blitz-torn Liverpool. In 1940 Helen, now twenty, reeling from the news that her fiance Harry has been killed on an Atlantic convoy, is working long hours at a welfare centre in Bootle, five miles from home. Her wages are pitifully low and her mother claims the whole of them for housekeeping. Then, early in 1941, she gets a new job and begins to enjoy herself a little. But in May the bombing starts again and another move brings more trouble to Helen, trouble which will be faced, as ever, with courage and determination. 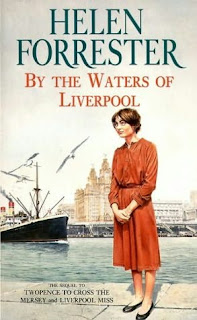 The third volume in the classic story of Helen Forrester's childhood and adolescence in poverty-stricken Liverpool during the 1930s. Helen has managed to achieve a small measure of independence. At seventeen, she has fought and won two bitter battles with her parents, the first for the right to educate herself at evening classes, the second for the right to go out to work. Her parents are still as financially irresponsible as ever, wasting money while their children lack blankets, let alone proper beds, but for Helen the future is brightening as she begins to make friends her own age and to develop some social life outside the home. At twenty, still never kissed by a lover, Helen meets Harry, a strong, tall seaman, and falls in love...

The continuing story of Helen Forrester's poverty-stricken childhood in Liverpool during the Depression. The Forrester family are slowly winning their fight for survival. But fourteen-year-old Helen's personal battle is to persuade her parents to allow her to earn her own living, to lead her own life after the years of neglect and inadequate schooling while she cared for her six younger brothers and sisters. Her untiring struggles against illness caused by severe malnutrition and dirt (she has her first bath in four years) and, above all, the selfish demands of her parents, make this a story of amazing courage and perseverance.

Publicat per Mònica Subirats a 9:27