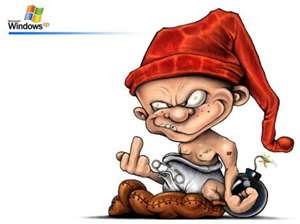 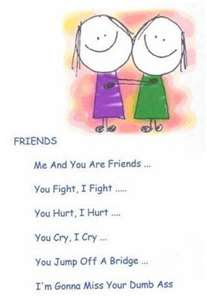 A few of my students have been telling me about their problems, and as I am not a professional psychologist I found these answers in the net (www.thesite.org)

When you were little, making and keeping friends was easy. You 'broke up' then 'made up' an hour later. But now you may not always know where you stand. We look at a few common scenarios and help you sift through the rubble.

The problem: I always listen to their problems, but they're too busy when I talk about mine.

Everyone needs someone to moan to, including you. So if your mate is never around, it may be time to reassess - but don't be too quick to write the friendship off. If your friend is generally a bit of a whinger, it's probably not just you that's experiencing this. If the friendship is otherwise good and you're worried about confronting them, you could try an alternative tactic. Next time you have a problem, say you value their opinion and would appreciate their point of view - there's nothing like mild flattery to get them listening. If you realise you're only their friend when things are going wrong for them and you're getting zilch back, it might be worth reminding them of the times you've needed a shoulder to cry on.

The problem: I feel if I don't go along with their ideas or plans that I'll be left out of things.

Good friends let you be you. Sometimes your mate will persuade you to join in with something so they've got some company, but if what they're suggesting doesn't appeal, it's your right to say no and their duty as a mate to be cool with that. If they're into skateboarding and are constantly pressuring you to come along, although you might feel 'uncool' for not wanting to go, they'll eventually get the message if you're firm and say "Thanks, but not thanks". On the other hand, if what they're involved in is petty crime or drugs, being left out can only be a good thing. The more confident you feel about what's right and wrong, the better judge of character you'll be.

The problem: They make negative comments on my clothes, body or lack of success with the opposite sex.

Is the green-eyed monster out? This could be classic behaviour from a mate who's feeling insecure and instead of admitting their problem they boost their self-esteem by knocking someone else's. It's not right, but it can give you an insight into what's going on in their head. Next time they make a negative comment, laugh it off and change the conversation. When they realise you're not bothered, they might stop. On the other hand, you may just have a so-called friend who's not a 'nice' person. When they're not being negative, do you have a laugh or a good chat? If all they make you feel is negative, you might want to let things drift apart.

The problem: My friend always tells me negative things other people have said about me.

Ask yourself this: Why didn't they defend you instead of relaying what was told? It's fine when a mate lets you know what others are saying if it's in your interests to know, but if it's to wind you up or make you feel bad, ask yourself why they're doing this. Are they insecure? Are they jealous? Are they making themselves feel important as the bearer of bad tidings? Do they have a mean streak that, to be honest, you could do without? Whatever the reason, you should speak to them. Ask them if they stood up for you. If not, why not? Say you don't care if people gossip harmlessly as everyone does it. And as long as it's not a friend who's doing the gossiping, it's not worth getting wound up about. When your mate hears this, they'll realise they're not getting the reaction they're expecting and will hopefully stop altogether.

It's pretty clear that friendships can be both confusing and great fun. As psychologist and life coach Sheila Panchal says: "Good friendships tend to be balanced, open and trusting. And remember to consider your needs. If you're not getting your needs met, either talk to them about it or look for other sources of support." Talking to friends about their behaviour is the first step to improving relations, but it might be reassuring to know that not all friendships are destined for long-term success either. And the ones that are, are the ones where you feel you can be yourself.

Publicat per Mònica Subirats a 7:41