Slavery and colonialism may have altered their path as Africans in their quest to the attainment of progress and the betterment of our living conditions. However, events in contemporary Africa, unpleasant as it may be, are caused by factors more within and less by outside influences (no continent is without external challenges).

The Trans-Atlantic Slave Trade was a double-edged sword benefiting Europe and devastating . It initiated the trafficking in African human beings to be enslaved and work in the "." It is an indisputable historical truth that the wealth created by that enslavement fueled the Industrial Revolution that, if we honestly track the historical turn of events, has created this century's "developed world." The complement to and handmaiden of slavery and the slave trade was colonialism. It was to work the "colonies" that Africans were first brought to the . The colonies were exploited for their natural resources and for those that were then created by unpaid labor. First and foremost the resources went always to and for the benefit of the "Mother Country."

The TAST depleted of millions of its strongest and most fit workers. That loss in and of itself was devastating to 's development. This dire situation was further compounded by the colonization of the African continent. Racism, the same ideology developed by Europeans to justify their inhumane trafficking in Africans, was then used to justify the European colonization of, not only , but the rest of the world. Racism, first directed towards Africans, became the ideology of choice for European expansion and colonization of and the Pacific. "Inferior peoples" (always non-white) were being brought the benefits of civilization. In exchange for the wonders of Christianity, they need only surrender their lands, its resources, their labor and right to self-determination. Those who would not concede the advantages of Christianity were to be convinced by steel and gunpowder. Thus by persuasion and force of arms, Europeans

implanted themselves on the American and Asian continents and the . Often their strategy was genocidal, elimination of the truly indigenous where they proved unwilling or unfit to provide a sufficient profit for their colonial masters.

The conditions of Africans in the Diaspora and the African continent are characterized by "underdevelopment." That underdevelopment is neither genetic or the result of individual character flaws but flow directly from the Trans-Atlantic Slave Trade, Slavery and Colonialism. They are inseparably intertwined and bound together by racism. Any attempt to sever them is ahistorical. Any attempt to redress one aspect 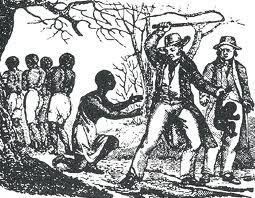 without addressing the others is doomed to failure. This connection between racism, the TAST and colonialism is not simply an issue for and Africans. Remember, "The sun never sets on the ." This is a global issue, which is why the West's resistance to it has been so fierce, so "intransigent." If the WCAR establishes the principle of the TAST and Colonialism as crimes against humanity, a precedent will be set from which the vast majority of the world's countries, nearly all former colonies, can benefit.

Colonialism and the slave trade represented an international criminal conspiracy of Europeans for Europeans. Like organized crime gangs who start out fighting for their own turf and, at some point realize, killing each other is counter-productive. summed up it is better to divide the spoils amongst each other than to continually fight against each other.

The clearest expression of this international conspiracy, of this European criminal enterprise, took place in in 1885-86. The Berlin Conference divided up between the colonial masters. It made for a more tidy racket. Don't infringe on each other's. Notwithstanding the fact that these gangs didn't always respect their territorial agreements (WWI and WWII), they always submerged their differences when a threat to white supremacy was posed by the "colored" hordes.

Publicat per Mònica Subirats a 8:47

Most of the nowaday Africa's problems have the rrots in this stage... Europeans thought they owned the world.

Toussaint L’Ouverture is a prominent slave in the history of the slave trade. He rose up and fought the French oppressors. You can see a clip of his last moments in prison from the film “The Last Days of Toussaint L’Ouverture” – a short film – http://www.imdb.com/name/nm2468184/