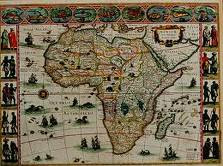 The reasons why Europeans were seeking colonies so fervently in are numerous, but none suggest cruelty, greed or evil-heartedness for them.

Capitalism had reached a stage where control of capital was coming to be concentrated more and more in a few hands, which left too little purchasing power in the home market for the commodities that could be produced. Hence it created a situation of under-consumption. There was therefore the need to export to underdeveloped regions which might contain valuable raw materials.

The abundance of these raw materials in the underdeveloped regions might have caught the eye of these Europeans. And seeing that Africans obviously were not putting these vital raw materials into use as they would, naturally, they sought to put in mechanisms to dominate these resources. So with an upper hand in offensive weaponry, and no international laws to guard against an attempt to subjugate Africans, settled and dominated all facets of the African.

Another explanation borders on the prestige and honour it brought European governments, and the possibility to win voters when territories were won. Once again, it must not be forgotten that there were no international laws to make settling and domination illegal, nor were there global laws spelling out the rules of trade engagements.

Then there is the much hated reason, which is that the Europeans saw most of the practices in Africa and some parts of as uncivilized, hence they took it upon themselves to embark upon a mission to civilize the world. This proclamation by the Europeans, partly racial and partly moral, may not be the best of remedies to what they saw as some of the morally inappropriate practices of some people in the world, but a slight justification comes for this mission to civilize when we consider human sacrifices made in the nineteenth century by some chiefs i as a traditional wont.

If thought determines action for persons, then by extrapolation the dominant ideologies in any period of time determine the phenomena of the world. The Europeans burnt women with strange behaviors at the stake in the era of witch-hunting. A phenomenon which occurred due to the idea of superstition. 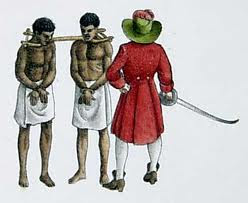 This practice which was born out of the belief in the supernatural does not exist anymore in these countries. The people who carried out acts like this and those of similar nature have gained the maturity in knowledge.

Pre-colonial facilitated the European conquest. These internal dissension and conflicts said to have been brought about by artificial barriers of the colonizers, thereby alienating hitherto unified and organized African people existed even in pre-colonial .

History attests that the states in pre-colonial were plagued by internal dissonance because there were no widely accepted methods of transferring political power. African rulers supplied the major part of the 7.6 million slaves exported to the European colonies, as well as the unknown numbers sent by Muslim traders across the Sahara and the

There is a significant link between some of the reasons of 's lateness to attaining socio-economic growth in the measure expected by virtue of her vast reserve of natural resources, and her colonial domination and slavery past.

Publicat per Mònica Subirats a 9:11