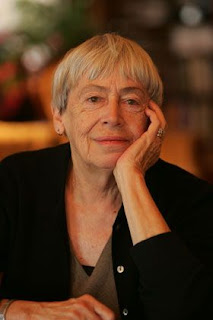 An Introduction to Technoculture

“Technoculture” is an ill-chosen word to describe the substrate of postmodernist literature that illustrates the relationship between mankind, history, society, and technology. This is an erroneous term because it implies the study of more than just literature, embracing art, music, and film. However, because this is the established term in the world of literary criticism, it will stand for the time being. (Author’s note: I prefer the term Techno-lit to describe this form of literature.)

According to Postmodern American Fiction, one of the first titles in Technoculture is Thomas Pynchon’s The Crying of Lot 49 (1966). Also among early titles is Le Guin’s The Left Hand of Darkness. While most readers consider Le Guin a science-fiction writer, the truth is Technoculture both embraces and rejects science-fiction. Even though many titles and authors fall under both designations, there are a few who are solely science-fiction such as Jules Verne and Edgar Rice Burroughs, and contemporary writers like Robert Aspirin and Mercedes Lackey. The difference between a purely science-fiction text and on that typifies Technoculture is the sense of a theme that comments on the present while being set in the future. For example, John Carter of Mars is singly science-fiction because it focuses only on the life of one man who takes a fantastic journey to the surface of Mars, while Le Guin’s short story “Vaster Than Empires and More Slow” discusses the prospect of human intellect coming in second on a galactic scale.

Some of Le Guin’s works typify the characteristics of Technoculture literature, meaning that they illustrate how one person or a group of people react with knowledge of their history, technology, and their own civilization. To illustrate how a person deals with his perceived history and civilization take a look at The Lathe of Heaven (later adapted for a television movie) which characterizes how a single person, George Orr, copes with the knowledge that he and several other people have the ability to change the world merely by dreaming. Because the story draws a correlation between this very ability and that singular talent exhibited by writers, the story “becomes a metafiction, a reading that influences our response to various aspects of the text” (Malmgren).

The Four Themes of Technoculture

The Ghost in the Machine

This phrase applies to the idea that mankind’s divinity/salvation lies in science. Donna Haraway’s article “A Cyborg Manifesto: Science, Technology, and Socialist-Feminism in the Late Twentieth Century” comments on this idea.

The…distinction is between animal-human (organism) and machine. Pre-cybernetic machines could be haunted; there was always the spectre of the ghost in the machine. (Haraway 606)

What she means is this: man projects himself onto his creations, seeking a path to his own divinity. Le Guin addresses this in “Schrödinger’s Cat” by using the story of a quantum physics experiment developed by Erwin Schrödinger involving a cat being put into a box. The whole point of the experiment is that before Zero-Time (five seconds after the box is closed) the whole “system” is calculated using Newtonian physics, but after that time, a much more complicated set of equations must be used to determine the outcome of the experiment. Because the man in the story is so eager to boil his universe down into equations and experiments, it is the woman’s job to retain some level of humanity. She accomplishes this when the cat jumps into the box on its own and the man refuses to open it. She knows what is in the box: nothing. While the man wants to know if “God does play dice with the world” the woman merely wants to understand the changes the world has undergone, not be bound up in the whys and why nots.

This one is simple enough. It illustrates how man reconciles his mythology, which he has carefully cultivated over the centuries—including what he always believed was his history—with what is now known to be scientific fact. This is pointed out in “She Unnames Them,” a humorous short story involving a domestic altercation between Adam and Eve, his active disbelief that she will abandon him, and the importance of woman’s perceived authority. Even though Adam named all the animals, she “unnamed” them, freeing them to discover their own place in the universe instead of relying on man’s projection.

This theme embodies man’s dread of the unknown, in spite of his desire to make it a possession. In “Vaster Than Empire and More Slow,” the main characters are members of a research team sent to explore a seemingly uninhabited planetoid. It appears to be covered in rolling grass fields and thick forests, but one member of the team—who is an empathy, one who picks up the emotions of others—discovers that the trees are the inhabitants. Not only are they sentient, they are sapient and ready to purge the human invasion of their planet. The looming question in this story becomes whether or not human beings are the only cognizant beings in the universe, and if they are not, what is?

This designation, like Origins, is fairly straightforward. Or is it? In The Dispossessed (1974), Le Guin offers up the idea that a utopian society might not be the best course of action for a people that thrive on conflict and violence. Humankind’s future hangs continually in the balance, and no one within it can say for certain whether it will continue to be the dominant force or become enslaved to its technology as it reaches out to new worlds among the stars.

Ursula K. Le Guin might be considered a premier science-fiction writer, but her real talents lie in her ability to perceive human perception and conditions. Her characters always strive to know more, to understand what contributes to those conditions. It is not her unforgiving imagery or language that grabs a reader’s attention, it is her unerring ability to see past what the reader would project onto the literature and force her ideas home. In a sense, Le Guin helped create and shape the designation “Technoculture.” It is her work that has contributed time and again, remaining a provocative influence on other writers both yearling and old-hat. Because her work captures a reader’s understanding, she transports them into the midst of her ideas making them a part of a reader’s thought processes.

Publicat per Mònica Subirats a 10:32