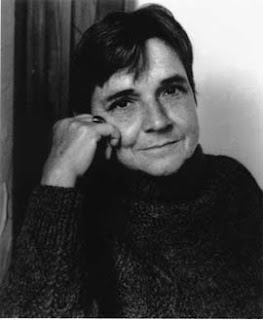 To a significant extent, all poets are concerned with transformation. The very making of a poem involves a transformation from perceived reality or experience into a verbal utterance shaped by the poet's imagination and craft. For Adrienne Rich, however, transformation goes beyond the act of writing; it extends to the culture at large through the poem's ability to challenge given assumptions and offer new visions. Rich delineated her poetics relatively early in her career in a 1971 essay, "When We Dead Awaken: Writing as Re-Vision":

For a poem to coalesce, for a character or an action to take shape, there has to be an imaginative transformation of reality which is in no way passive... Moreover, if the imagination is to transcend and transform experience, it has to question, to challenge, to conceive of alternatives, perhaps to the very life you are living at that moment.

Transformation is thus private as well as public, and Rich's poetry and essays have explored the space where these realms intersect, incorporating feminist, lesbian, historical, non-capitalist, humanitarian, multi-racial, and multi-cultural points of view. The form of her poems has evolved with her content, moving from tight formalist lyrics to more experimental poems using a combination of techniques: long lines, gaps in the line, interjections of prose, juxtaposition of voices and motifs, didacticism, and informal expression. Indeed, no poet's career reflects the cultural and poetic transformations undergone in the United States during the 2Oth century better than that of Adrienne Rich.

Rich demonstrated talent carly in life, writing poems under her father's tutelage as a child. By the time she graduated from Radcliffe College her first book, A Change of World (1951), had been selected by W.H. Auden for the Yale Younger Poets Prize. This and her second book, The Diamond Cutters (1955), capture alienation and loss through the distancing devices of Modernist for malism, but hoth books contain poems that hint at her future thematic concerns. "Storm Warnings," from A Change of World, speaks of people "Who live in troubled regions" and foreshadows unspecified but disturbing change:

Weather abroad and weather in the heart alike come on regardless of prediction.

"Aunt Jennifer's Tigers" offers an image of power revealed and restrained by domestic arts. Three poems in The Diamond Cutters - "Picture by Vuillard," "Love in the Museum" and "Ideal Landscape" - question the version of reality offered by art, while "Living in Sin" depicts a woman's growing dissatisfaction with her lover and living situation.

Snapshots of a Daughter-in-Law (1963), which reflects the tensions she experienced as a wife and mother in the 1950s, marks a substantial change in Rich's style and subject matter. "The experience of motherhood," Rich wrote in " at the Root: An Essay on Jewish Identity" (1982), "was eventually to radicalize me." Part of that radicalizing process involved Rich's relationship to both poetry and history.

The act of dating her poems amounted to a rejection of New Critical valucs that placed the poem outside of its cultural and historical contexts. Informed by a feminist sensibility, many of the poems in Snapshots use free verse and a more personal voice to express anger, to acknowledge a need for change, and to address or recover other women writers. The book's title piece, a ten-poem sequence written in free verse, creates an album of women's lives under male domination. The sequence moves back and forth in time and content, generalizing about the domestic repression of contemporary women and referring to female historical figures.

To many critics "Snapshots of a Daughter-in-Law" presented a radical and problematic departure from Rich's earlier formalism, but in "When We Dead Awaken" Rich rejected the poem as "too literary, too dependent on allusion" and male literary authorities. Nevertheless, Rich's later poetry would rely heavily on allusions to literary, historical and contemporary events and persons.

Rich's next three books - Necessities of Life (1966), Leaflets (1969), and The Will to Change (1971) - reflect the social upheaval of the late 1960s and early 1970s. Like other poets of her generation, such as Denise Levertov, Robert Bly and W. S. Merwin, she wrote poems protesting the Vietnam War, particularly in Leaflets. Images of death pervade Necessities of Life as the poet struggled to create a life no longer shaped by the predetermined rituals and social roles. Emily Dickinson became a recurring figure in her poems, foreshadowing her influential essay, "Vesuvius at Home: The Power of Emily Dickinson" (1975). Rich's poems also became increasingly experimental, employing longer, contrapuntal lines. She adapted the ghazal, a Persian form traditionally used for expressions of love, to convey social and political comment. At the same time, Rich began to distrust her medium because of its close ties to patriarchical culture. "This is the oppressor's language // yet I need it to talk to you," she writes in "The Burning of Paper Instead of Children," a five-poem sequence with prose segments in The Will to Change.

Publicat per Mònica Subirats a 7:57