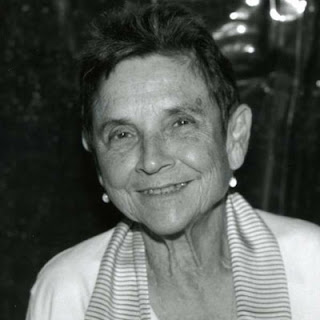 Rich's poetry has not always been described as "feminist," especially her early poems. W. H. Auden, for instance, in his foreword to A Change of World, found that her poems "are neatly and modestly dressed, speak directly but do not mumble, respect their elders but are not cowed by them, and do not tell fibs." Since the publication of Diving into the Wreck, however, most critics have analyzed Rich's writings as artistic expressions of feminist politics. Although many reviewers have admired her formal versatility, others have complained about the didactic tone of her work or have perceived an anti-male bias. Critical commentary has reflected the polemics of her poetry: critics who adhere to Rich's politics often commend her work unconditionally, while those who dissent from her radical feminism usually disavow her writings. A conclusive appraisal of Rich's canon has remained elusive, despite several attempts since the early 1990s—a testament perhaps of the poet's continuous revision of her views and approaches to contemporary issues. Nonetheless, the general consensus among critics recognizes Rich's intelligent, imaginative, and innovative portrayals of women in her poetry as significant contributions to the feminist movement. "There is no one whose poetry has spoken more eloquently for the oppressed and marginalized in America, no one who has more compassionately charted the course of individual suffering across the horrifying and impersonal growth of recent history," David St. John has said, adding that Rich's works "continue to be essential writings in the ongoing feminist struggle in the United States and throughout the world."

"SNAPSHOTS OF A DAUGHTER-IN -LAW"

in section 4, which is, of course, a depiction of Dickinson (encapsulating her tetrameter line into a narrative pentameter!). There is an "I" in the poem: it is the narrator's voice possessed of and providing all those allusions, angry, disabused, exigent, only hopeful, and not entirely convincingly so, at the conclusion.

The "you," an older woman whose mind is "moldering like wedding-cake" addressed in the opening section, is not the mother-in-law of a daughter-in-law but the mother of an impatient daughter. In many patrilocal cultures, the role of daughter-in-law is, across social classes, difficult and arduous: a young woman leaves her family home to be installed as dogsbody and scapegoat to her husband's extended family, often, in particular, to her mother-in-law, escaped by virtue of having borne and married off a son from the same thankless position: rarely are examples given of mothers-in-law who in empathy refuse to put their daughters-in-law through the trials they themselves suffered. Rich might not (yet) have been thinking of Indian or Indonesian daughters-in-law as she composed the poem (the only "mother-in-law" specifically mentioned is "Nature," from whom, the poem posits, a woman paradoxically stands at far greater remove than "her sons," like Aphrodite in the myth of Eros and Psyche), but the enforced generational or sisterly enmity between (powerless) women is much more focal to the poem than any relationship with men, who are largely present as sources of misogynistic quotations and damning faint praise. The only direct human confrontation in the poem is in the (14 line) third section's second septet—although putatively verbal, it is almost erotic:

across the cut glass and majolica

The arguments ad feminam, all the old knives

that have rusted in my back, I drive into yours,

—terminating with the transformed last line of Baudelaire's poem "Au Lecteur" from the book he first wished (coincidentally) to call Lesbiennes.

the text moves through ten measured glimpses, each challenging the truth of preconceptions about the female individualist. The focus, a belle, enters stanza 1 with studied grace. Well-schooled in womanliness, she performs a musicale, one of Chopin’s piano confections. By the end of the poem, the persona has achieved a transformation “long about her coming.” No longer the precious, static model of femininity, she accepts the challenge to “be more merciless to herself than history.”

The poem’s inner structure is a self-willed passage over a treacherous mindscape. From a psyche “moldering like wedding-cake,” the daughter-in-law departs from self-abuse and from becoming masculinized, like “the beak that grips her.” Jettisoning the trappings of fashion and custom, she battles “ma semblable, ma soeur!”—”my double, my sister!” The doppelganger motif places the speaker in merged roles—challenger and challenged—as she sheds constraint and uselessness, typified as “the whatnot every day of life.”

Crucial to Rich’s re-creation of woman is the rejecion of stereotypes—the sweetly laughing girl of Horace’s odes, the externally programmed lute player of Thomas Campion’s ditty. At the climax, the point beyond which life can never return to its old structures, Rich questions whether sorrow itself is a revitalizing force. Stanza 7 answers the question. For the first time, the poet cites a bold woman writer, Mary Wollstonecraft, a pioneer who suffered multiple criticisms for declaring that each must find “some stay,” the unshakeable anchor that steadies the rebel against convention. Unwilling to be a mere oddity, the one woman gifted with rare talents, the poet epitomizes change. Like the helicopter freighted with goods, she exults in a cargo delivered palpable.

Her selection of a vertical delivery suggests that, for the motivated feminist, a satisfying arrival is a straight shot to earth, guided by gravity.

This poem too she says refers to the persona as ‘she’ and not ‘I’. Rich felt the constraint of the family honour and her children before she could let herself go with her imagination and with whatever she wanted to write. She could not write about pain, victimization or her own body because she was expected to be leading a normal life with a happy family, with absolutely no cause for depression.

Rich talks of a dream where she saw herself beginning to read a poem at a convention and slowly the words of a blues song emerge out of her lips. She realizes that the writings of women were indeed like a blues song. They were a cry of pain, of victimization or were lyrics of seduction. She feels that this feeling of anger and victimization was necessary for every woman to pass through because they were real. They helped the woman write better, be in touch with her own inner self better and to counter the oppressive male writers with her own soulful writings.

Rich feels that an alternate model of re-visioning history and old texts, accompanied by renaming with a fresh eye, would chalk out new territories for women to explore in their writings. While male writers are engrossed in conforming to their own constructions and patterns, to analyze political problems, socio-economic disturbances or acts of violence from a rational male perspective, women could clearly understand them from gendered humanitarian grounds.

Though Rich identifies herself as being a “special woman” who had been given privileges to read and to express, she feels that the model of re-visioning and renaming would only be justified if it brought out the women who were still trapped within the patriarchal confines of the society, morality and language.


Publicat per Mònica Subirats a 6:53

This is Marilyn Hacker's 2007 essay, not yours.

I have never said these articles are mine. I simply use them to study and so other people can use them if they read my blog. But thanks for your comment.