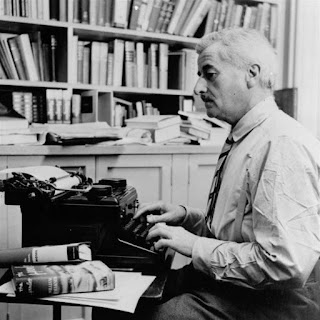 William Cuthbert Faulkner was an American novelist and poet whose works feature his native state of . He is regarded as one of the most influential writers of the twentieth century and was awarded the 1949 Nobel Prize for Literature.

Faulkner's writing is often criticized as being dense,and being asubjective to meandering and difficult to understand because of his heavy use of such literary techniques as symbolism, allegory, multiple narrators and points of view, non-linear narrative, and especially stream of consciousness. Faulkner was known for an experimental style with meticulous attention to diction and cadence, in contrast to the minimalist understatement of his peer Ernest Hemingway. Faulkner is sometimes lauded as the inventor of the "stream-of-consciousness" technique in fiction, although this is misleading; other writers, specifically the French novelists of the nineteenth century, probably used this technique first.

Along with Mark Twain and possibly Tennessee Williams, Faulkner is considered to be one of the most important "Southern writers". Although he was relatively unknown before receiving the Nobel Prize in Literature in 1949, but his work is now favoured by the general public and critics.

It is understandable that the older Faulkner was influenced by the history of his family and the region in which they lived. marked his sense of humor, his sense of the tragic position of blacks and whites, his keen characterization of usual Southern characters and his timeless themes, one of them being that fiercely intelligent people dwelled behind the façades of good old boys and simpletons. 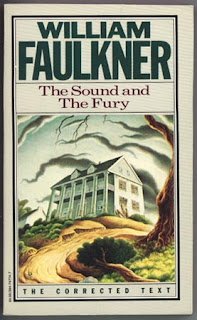 Faulkner's most celebrated novels include The Sound and the Fury (1929), As I Lay Dying (1930), Light in August (1932), Absalom, Absalom! (1936), and The Unvanquished (1938). Faulkner was a prolific writer of short stories: his first short story collection, These 13 (1932), includes many of his most acclaimed (and most frequently anthologized) stories, including "A Rose for Emily", "Red Leaves", "That Evening Sun", and "Dry September". In an effort to make money, Faulkner crafted Sanctuary, a sensationalist "pulp fiction"-styled novel. Its themes of evil and corruption (bearing Southern Gothic tones) resonate to this day. A sequel to the book, Requiem for a Nun, is the only play that he published, except for his "The Marionettes" which he 'self-published' as a young man. "Requiem for a Nun" includes an introduction that is actually one sentence spanning more than a page.

Faulkner was also an acclaimed writer of mysteries, publishing a collection of crime fiction, that featured Gavin Stevens (who also appeared in Knight's Gambit,Light in August, Go Down, Moses, The Town, Intruder in the Dust, and the short story "Hog Pawn"), an attorney, wise to the ways of folk living in . He set many of his short stories and novels in this fictional location, based on Lafayette County, of which his hometown of Oxford, Mississippi, is the county seat. Faulkner wrote three volumes of poetry, The Marble Faun (1924) and A Green Bough (1933), all of which were well received but which were printed in very small editions. As a result, they are among his more valuable works to collect.

Publicat per Mònica Subirats a 7:58