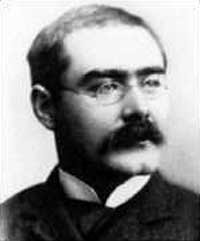 KIM (1)
Kim embodies attitudes towards British rule in India which these days are wholly unacceptable and unpalatable.
Kipling makes countless, rash and biased generalisations about India and its people which come from the adult narrator, and not from Kim himself. (for more examples see Said:
- Said is best known for describing and critiquing "Orientalism", which he perceived as a constellation of false assumptions underlying Western attitudes toward the East. 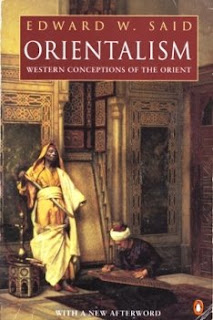 - In Orientalism, Said claimed a "subtle and persistent Eurocentric prejudice against Arabo-Islamic peoples and their culture.
- He argued that a long tradition of false and romanticized images of Asia and the Middele East in Western culture had served as an implicit justification for Europe and the US' colonial and imperial ambitions.
- Said argued that the West had dominated the East for more than 2,000 years, Europe had dominated Asia politically so completely for so long that even the most outwardly objective Western texts on the East were permeated with a bias that even most Western scholars could not recognize.
- His contention was:
· that the West has conquered the East politically
· also that Western scholars have appropriated the exploration and interpretation of the Orient’s languages, history and culture for themselves. They have written Asia’s past and constructed its modern identities from a perspective that takes Europe as the norm, from which the "exotic", "inscrutable" Orient deviates.
- Said concludes that Western writings about the Orient depict it as an irrational, weak, feminised "Other", contrasted with the rational, strong, masculine West, a contrast he suggests derives from the need to create "difference" between West and East that can be attributed to immutable "essences" in the Oriental make-up.)
We cannot excuse or defend Kipling's attitudes, but we can acknowledge the historical fact that they were no different to those of many of his Victorian contemporaries, and be glad that the fact is a historical one.
In spite of this, the novel does not deserve to be forgotten, because: 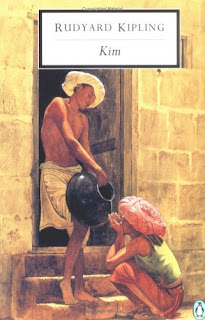 - it does have fine literary qualities,
- and it and deserves its unique place in the history of English Literature.
The novel is not overt propaganda:
- and on the surface what comes across above all else is:
· Kipling's tremendous insider's knowledge of India as it was in Victorian times,
· and his love and admiration for the country and its people.
- The novel embodies a panoramic celebration of India, presenting as it does, a magnificent picture of its landscapes, both urban and rural, and a fascinating array of native characters who, for the most part, are warm, generous and tolerant.
- Beyond that,:
· Kim is an adventure story of the Empire, giving it something in common with the novels of Joseph Conrad, such as Heart of Darkness. The readership would have been British, and they would probably have been impressed and fascinated by Kim as a mysterious and exotic tale of adventure overseas.
· We should approach it as an adventure story probably aimed primarily at adolescent boys, in which Kim is seeking to find his place in the country in which he was born, while at the same time struggling to find, or create, an identity for himself. 'Who is Kim?' 'What is Kim?' Kim asks himself at several points in the novel, and although the plot has a loose picaresque structure, being held together by a journey, making it a kind of 'road novel', the theme of Kim's need to find himself seems to be the backbone of the story.
· By birth Kim is a white, Irish boy, Kimball O'Hara, whose father was a soldier in an Irish regiment. But, as we see in Chapter 1, he has grown up as an orphan on the streets of Lahore. With his skin 'burned black as any native' he looks and lives like a low-caste Hindu street-urchin, unable to read or write, or speak English very well. So right from the start he is neither wholly British nor wholly Indian, and his being neither wholly one nor the other, but a unique 'mixture o' things' remains a constant in his quest for his identity.
Publicat per Mònica Subirats a 15:47