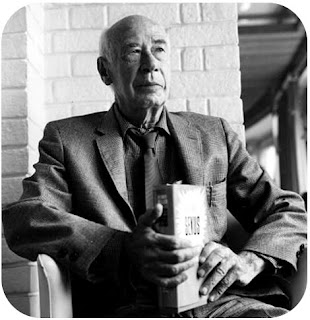 He was an American novelist and painter. Though he is often grouped with Surrealists, or the earlier Transcendentalists, Miller does belong to some extent with the other American writers of his time, those who, emerging from the Lost Generation, attempted to stake a claim for American letters and forge a uniquely American literary canon (though, ironically, often by denouncing what they perceived as their country’s sins and failings): F. Scott Fitzgerald, Ernest Hemingway, John Dos Passos.

It was a working-class family, and Miller describes his childhood in some of his writing as being very much “of the streets.”

He was known for:

- and developing a new sort of 'novel':

· that is a mixture of novel, autobiography, social criticism, philosophical reflection, surrealist free association, and mysticism,

· that is distinctly always about and expressive of the real-life Henry Miller and yet is also fictional.

His most characteristic works of this kind are Tropic of Cancer, Tropic of Capricorn and Black Spring. He also wrote travel memoirs and essays of literary criticism and analysis.

Tropic of Cancer and Tropic of Capricornwere both sensations, scandalizing readers with their wealth of sexual imagery and startling invective. For almost three decades thereafter, both novels were outlawed in the , until a Supreme Court ruling finally repealed the ban.

It was first published in 1934 in Paris. Its publication in 1961 in the led to an obscenity trial that was one of several that tested American laws on pornography in the 1960s.

While famous for its frank and often graphic depiction of sex, the book is also widely regarded as an important masterpiece of 20th-century literature.

Set in France (primarily ) during the 1930s, Miller tells of his life as a struggling writer.

- some chapters follow a strict narrative and refer to Miller's actual friends, colleagues, and workplaces;

- others are written as stream-of-consciousness reflections.

It is written in the first person, and often fluctuates between past and present tense. There are many passages explicitly describing the narrator's sexual encounters, but the book does not solely focus on this subject.

It was banned by the government. The argument was:

- that Miller described his sexual exploits in too explicit a manner, 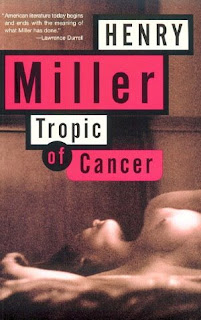 - and that the book was sexually immoral.

The government was so incensed that it extended the ban to include all of Miller’s subsequent works. The ban was not lifted until 1961, when Elmer Gertz defended the publication of Tropic of Cancer in – and won.

Despite this, Tropic of Cancer was still officially labelled “obscene”, and police even intimidated bookstores that chose to carry the book.

It took a Supreme Court decision, in 1964, to declare Tropic of Cancer not obscene, and it was decades more before the book was finally canonized as a classic.

The anti-authoritarianism and explicit content of his novels helped free American authors to pursue similar directions.

Beyond its significance to the world of law, Tropic of Cancer also broke new literary ground:

- It ignored conventional divisions between:

· and autobiography and invention,

- and blurred the lines between prose and essay.

It remains today a strange and captivating masterpiece and it is one of the definitive statements of the so-called “Lost Generation” – a work of caustic humour and wine-soaked compassion.

Miller does not flinch from describing his sexual encounters in detail. Miller writes of the significance of objects, but the female anatomy remains just that: anatomy.

A prevalent motif in Cancer is prostitution.

Miller and his compatriots:

- duck from one brothel to another,

and Miller describes the proceedings with an eye for the wry comedy that emerges. Miller explores the culture of sex, the institutions built around it, and the economy it engenders.

Miller survives day-to-day, meal-to-meal, and his book is largely one of subsistence. There is a joke about Parisians, that even the “clochards” seem happy, their bottles of good red wine perched by their sides. Miller, indeed, seems for the most part satisfied with his migratory existence, although he never overcomes the hardships – the empty stomachs, the rainy nights without shelter.

Compared to the largely internal Tropic of Capricorn, Tropic of Cancer is very much an external book.

It is a book concerned with:

It is traditional for it depicts a series of events ordered into a discernible narrative, but the difference in content is that it is about the life of an artist, and with that comes other artists.

“ is like a whore.” So Miller writes, in one of his novel’s most famous sentences. He waxes lyrical about the City of :

- the sense of freedom it imparts,

- its great boulevards and spectral trees,

- and the majestic steeples rising into the sky

But he argues that the city is, like a “whore,” deceitful:

- She leaves a visitor or resident feeling “empty, disgusted”...

- and yet Miller rarely considers leaving.

hovers over Tropic of Cancer like a spectre. “It doesn’t exist, ,” Miller writes. By that he means the idea of has little to do with the reality. That is, in fact, precisely what American expatriates live off of – illusions.

So Miller argues that:

- Americans abroad exist in a world not entirely moored to reality;

- they see things not quite as they are, but as what they could be, or as what they’d like them to be.

- The anti-narrative becomes narrative, the real becomes imaginary – and remains as far away as ever.

Publicat per Mònica Subirats a 12:01